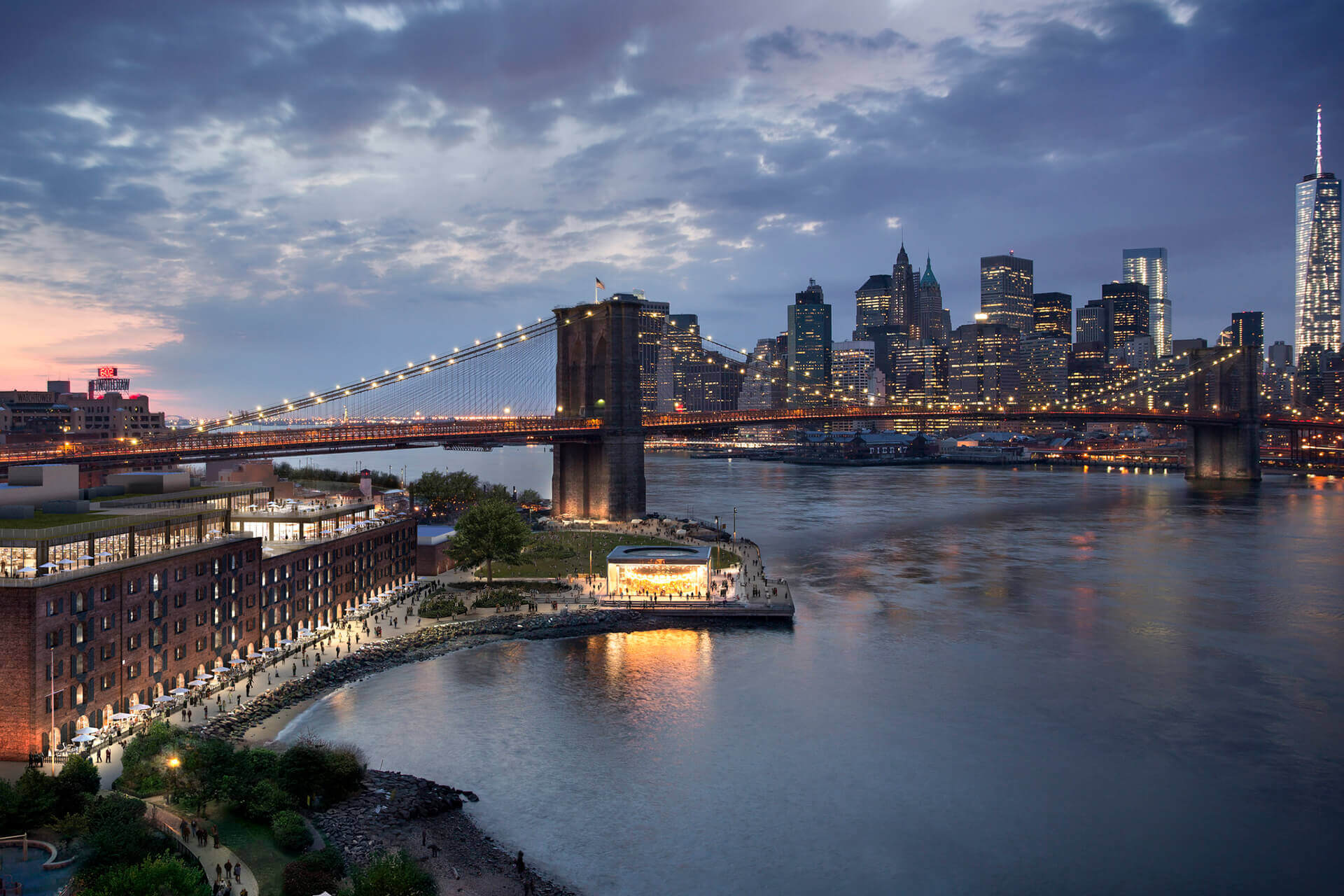 Let us turn “reality into art”. It is no surprise that DUMBO, Brooklyn is New York’s most forward-looking, electric, place to live, work and play. The overall vibe of DUMBO is truly unique and unlike any other.  From the riverfront parks to the state of the art office spaces built into former factories - we challenge you to find a location deemed comparable. With 10 Jay Street at the center of it all, star architect Eran Chen has transformed the Arbuckle brothers’ industrial mecca into its twenty-first-century equivalent.

Block 1, Lot 50 : The history of 10 Jay Street has a real impact on the modern day transition. The original building was laid by a pair of Pennsylvania-born coffee shippers that were looking to open a sugar refinery. By 1910, they had employed more than 600 people and became the hub of the hub. After it finally closed, it wasn’t long until the artists moved in bringing a new kind of ingenuity to DUMBO.

During reconstruction, Chen drew inspiration for sugar crystals, keeping its historical context in tact with a modern twist. As you can see clearly in the renderings produced by Visualhouse, the west, south and east sides of the building will keep their original masonry appearance. Inside of 10 Jay, you will experience arched Terracotta ceilings over fourteen feet high, and flexible floor plans that are punctuated by slender brick columns originated from its previous structure. This building is all that a workplace should be: welcoming but elegant, historic but modern.

Marketing agency Translation LLC signed a 35,000-square-foot lease at Glacier Global Partners’ Dumbo office development 10 Jay Street. Glacier initially planned to convert the 230,000-square-foot former warehouse into condos, but changed track in October and announced it would turn it into office space instead.

But 10 Jay is not all that Brooklyn has under its belt. The Empire Stores warehouses has converted into a high-end retail and office complex, giving Brooklyn yet another place to work, shop, eat and play. Empire Stores is a truly unique structure, representing one of the last surviving brick storehouses that lined nearly 3 miles of Brooklyn’s East River waterfront.

It is reported that developer Midtown Equities won the bid for this 500,000 sf complex and since has had big plans for the space. Midtown Equities impressed prospective tenants by sending bottles of native Brooklyn-distilled whiskey along with coffee table books that show the entire project from start to finish. These were designed and produced by Visualhouse, along with the renderings and all additional promotional materials. Throughout the process of this revamp, those leading the project wanted nothing to be up to a guessing game. The renderings produced showed a clear depiction of what the project was going to look like in its final stages, and the locals were not disappointed.

There is no specific type of tenant for Empire Stores, making this an extremely diverse destination. Tenants in ES vary from media companies such as 72andSunny, and retail stores such as J. Crew all the way through too Dumbo House, a members-only club. Empire Stores offers an unrivaled retail and office setting, paying homage to the building’s unique and storied past. 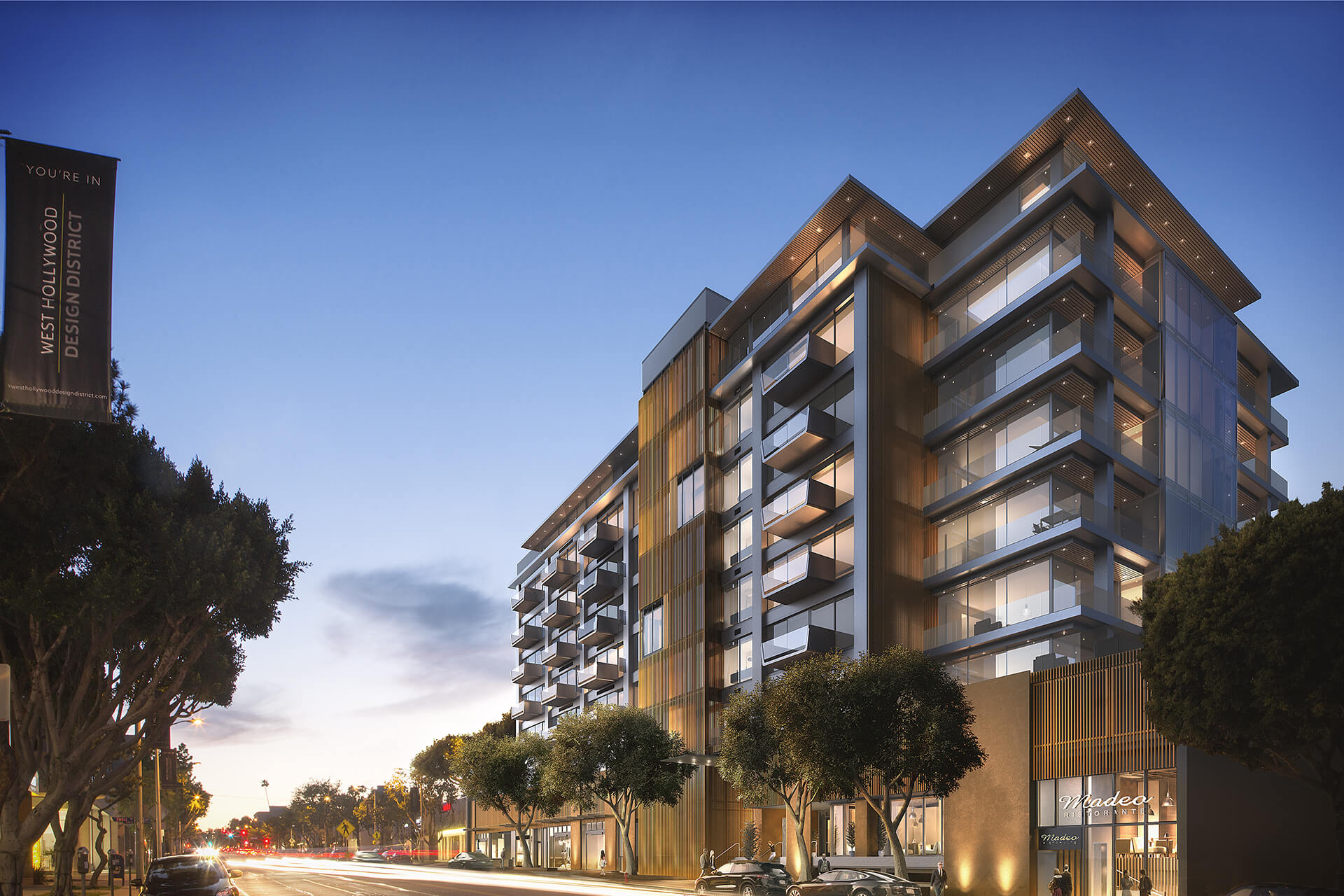 Is Downtown the New Heart of Los Angeles - Oceanwide Plaza