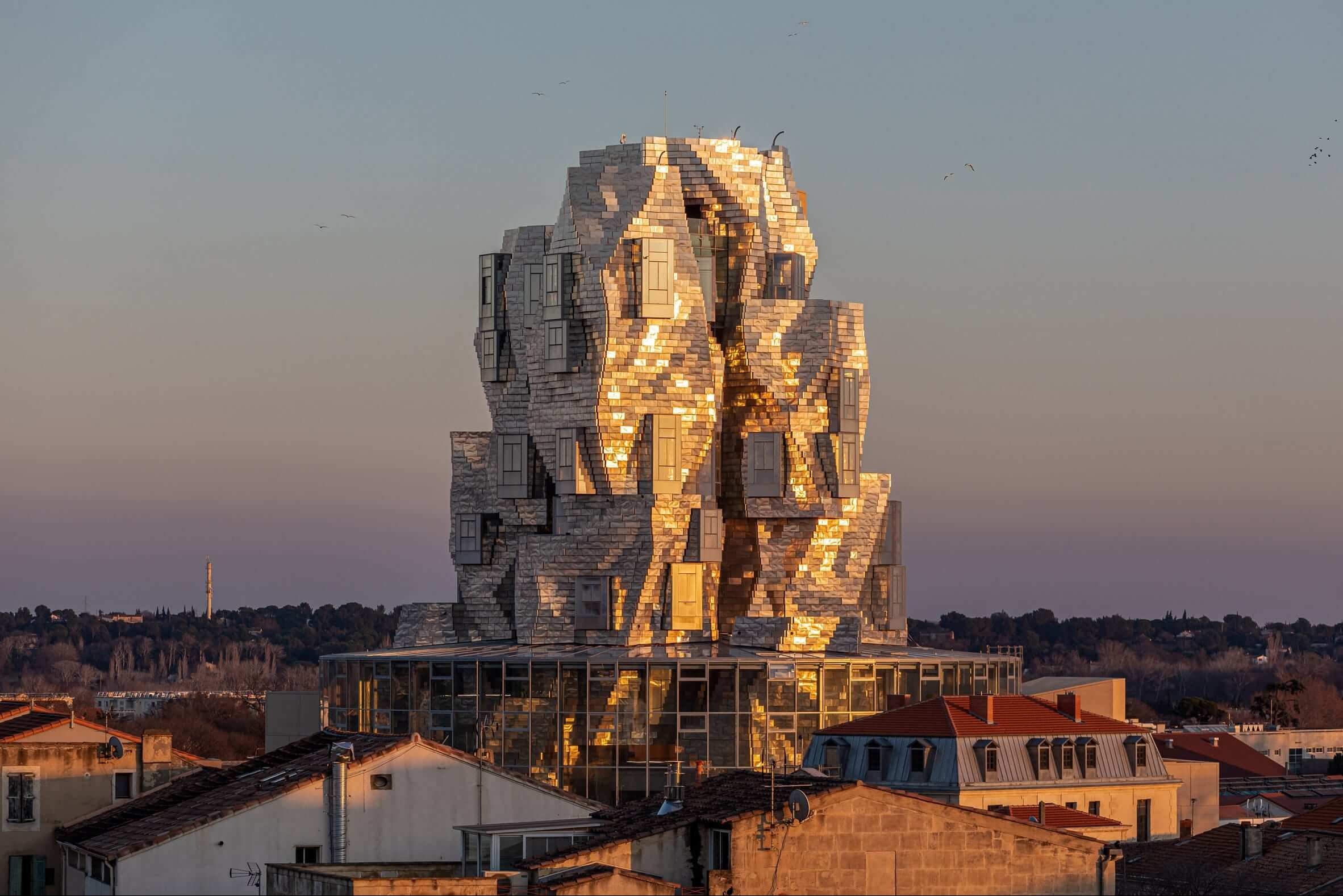 The Tower At Luma Arles

Named The Tower, the stainless steel-clad cultural building is the centrepiece of the Luma Arles arts campus in the town of Arles. According to Gehry, the design references Arles' Roman architecture, nearby mountains and Vincent van Gogh's Starry Night painting, which was painted nearby.

The 56-metre-high arts tower contains exhibition galleries, archives, a library, offices, seminar rooms and a café for Luma Arles. Clad with 11,000 irregularly arranged stainless steel panels, the distinctive tower was designed to be a landmark structure for the arts centre.

The form of the building and the arrangement of the stainless steel cladding was informed by the nearby Les Alpilles mountain range northeast of Arles and how they were depicted by Dutch post-impressionist painter Van Gogh.

Along with the Gehry-designed centrepiece, a series of industrial buildings on the site have been renovated by New York-based Selldorf Architects. These buildings, which once formed a railway manufacturing factory, have been converted into exhibition spaces, performing arts residencies, a hotel and a restaurant.