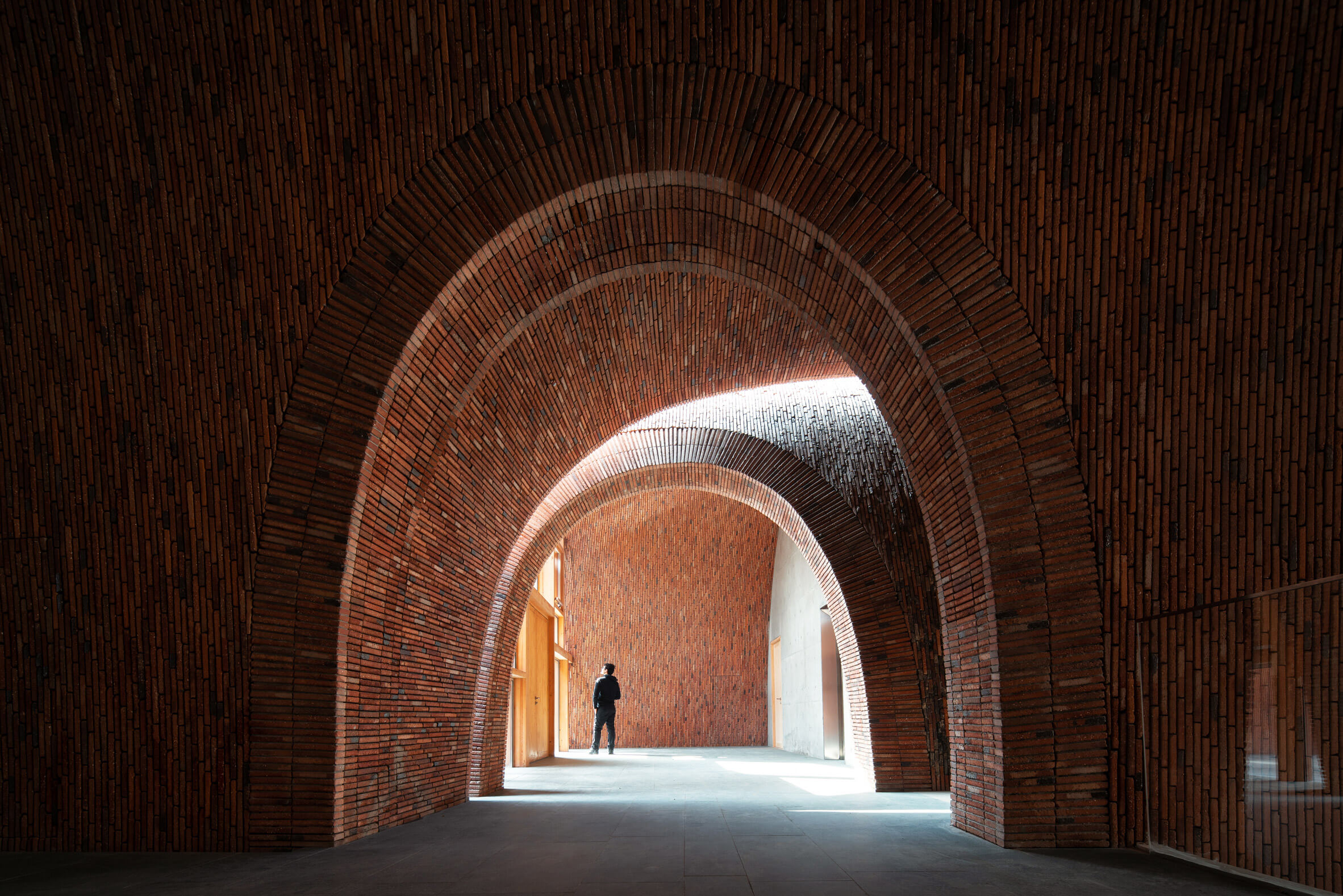 The Porcelain Capital Of The World

Designed by Studio Zhu-Pei to recall the forms of traditional brick kilns, Jingdezhen Imperial Kiln Museum's design and contents pay homage to the city's history of making ceramics, for which it has been named as the world's "porcelain capital".

Located in the Jiangxi province of China, the site of the museum is adjacent to the Imperial Kiln ruins surrounding many ancient kiln complexes that have been producing pottery for 1,700 years. During the Ming and Qing dynasties, Jingdezhen exported a large amount of porcelain throughout Europe with the early settlements of the city developed around these kiln complexes. As a result, the street pattern was generated by nature and the porcelain industry, while most of the small alleys in between kiln complexes approached the Chang River in order to transport porcelain products to the river.

The Imperial Kiln Museum comprises more than half a dozen brick vaults base on the traditional form of the kiln, each of the vaults is of a different size, curvature, and length. They were naturally applied to the site, carefully integrated with many existing ruins including a few ruins that were found after the construction.

"Using recycled kiln bricks to build houses and all kinds of buildings is a significant character in Jingdezhen because brick kilns have to be demolished every two or three years in order to keep a certain thermal performance of the kilns," Studio Zhu-Pei explained.

Five sunken courtyards varied in size have a different theme: gold, wood, water, fire and soil. These five themes not only reflect old Chinese thinking about the earth but also associate with porcelain-making techniques.

The overall experience of the museum allows the visitor to rediscover the roots of Jingdezhen, recreating the past experience among kiln, porcelain and human being.