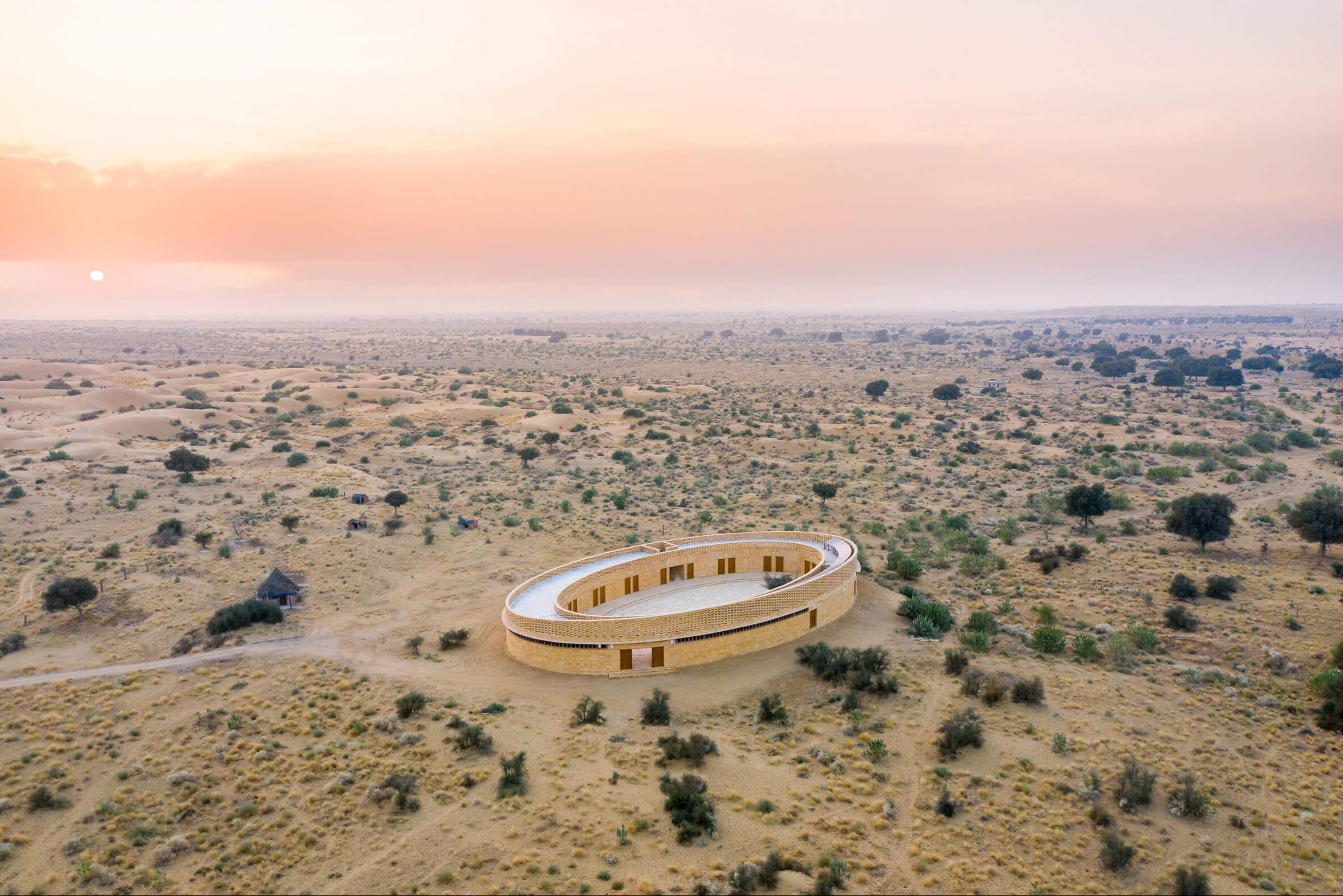 New York-based studio Diana Kellogg Architects looked to symbols of femininity for its design of an oval-shaped all-girls school in India made from local sandstone.

Located in the Thar Desert in the north of India, the Rajkumari Ratnavati Girls' School was built to educate and teach over 400 girls between the ages of five and sixteen.

The courtyard punctuates the center of the school and echoes the shape of the surrounding walls, while sections of the stone walls have been perforated to cool the space down and shade it from the sun. A blue tiled-mosaic floor stretches across the walkway, adding a bright and cool contrast against the yellow stone.

"As a female architect designing for women, I looked at feminine symbols across cultures and specifically symbols of strength. I ultimately landed on this oval shape that is representative of femininity and resonated with me as the formulation of infinity," Kellogg said.

The school was built as a wider project commissioned by the non-profit organization CITTA that aims to equip and support communities across the world.

Diana Kellogg is also set to build two other buildings next to the school. These will house performance and exhibition spaces and a museum and library space, as well as a women's cooperative that will teach embroidering and weaving techniques.