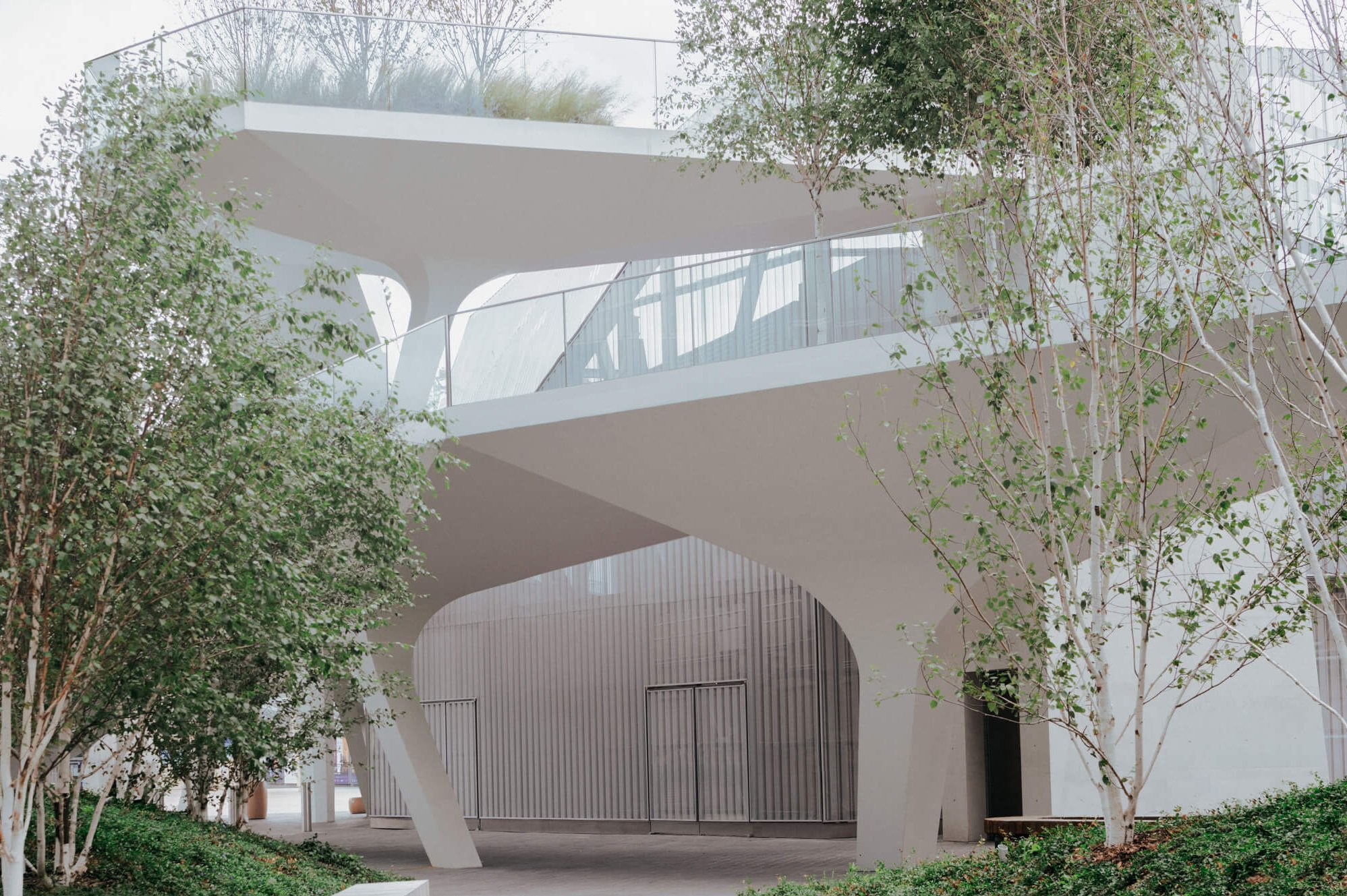 The North Greenwich Sculptural Screen is a 14-metre-high pavilion above the North Greenwich Station in South London, UK, containing thousands of tiny perforations in its metal exterior, granting the structure an almost translucent quality.

Its corrugated skin is punctured by small perforations, creating playful patterns of light while obscuring its interiors to passers-by. The faceted structure was designed by Neiheiser Argyros to conceal the exhaust vents and fire escape of a London Underground station.

"There are so many colours, textures, and shapes in this emerging neighbourhood adjacent to the O2 Arena, all calling out for attention, that our initial idea was to create a quiet, calm, yet monumental object," explained Ryan Neiheiser, co-founder of Neiheiser Argyros.

On the pavilion's south elevation, a digital screen, also designed by Neiheiser Argyros, will project local adverts and live-stream performances at the O2 Arena, while showcasing artwork by students from Ravensbourne University. 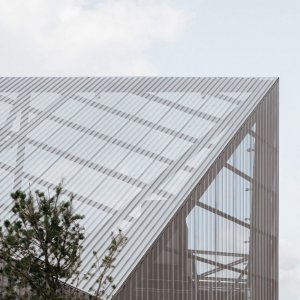 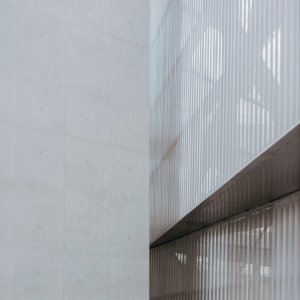 The project is both present and absent. On the one hand, its location adjacent to the O2 Arena and the North Greenwich Tube Station means that it will be seen by thousands of visitors daily, demanding a strong visual identity. On the other hand, it fades into the background, as a moment of visual quiet compared to the eclectic geometries and patterns that surround it.