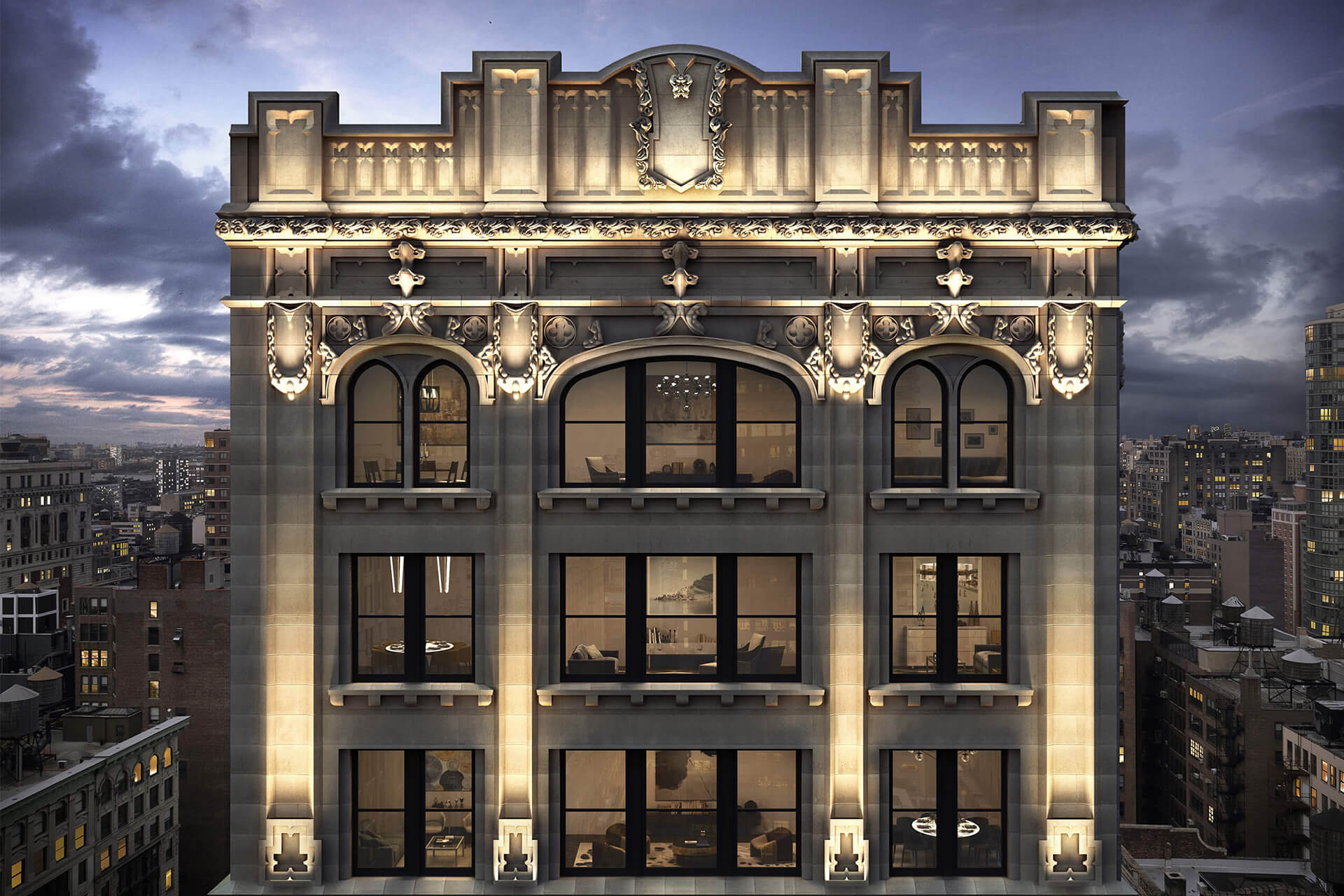 Luxury Living in Flatiron, the Evolution as New York’s Next Great Livable Neighborhood

Second time's the charm for the outstandingly priced penthouse on top of the 212 Fifth Avenue building. First listed over a year ago, for a mear $68.5 million, the penthouse apartment was eventually taken off of the market. There was a bit of turbulence with the sales team the first time around, so after a little shake-up, Sotheby’s took over the listing and shortly it was re-posted to the public. Along with 48 additional units, you can spot this $74 million dollar space on StreetEasy.

The stunning penthouse space is a massive, 10,000 square feet with an additional outdoor space spanning 5,000 square feet.  Designed by Pembroke & Ives, the eloquent space includes a bronze staircase, copper parapet, and high-end finishes all over. The space is fully equipped with five beds, five baths, a chef’s kitchen and not one, but two pools. Interested - we are too. Who doesn't love grabbing a cup of coffee and heading to the private library to hear the crackle of the marble and glass fireplace?

The developers, Madison Equities and Thor Equities had originally planned to split the unit into two separate properties. But the renderings envisioned by Visualhouse show a plan that reveals a triplex option instead.