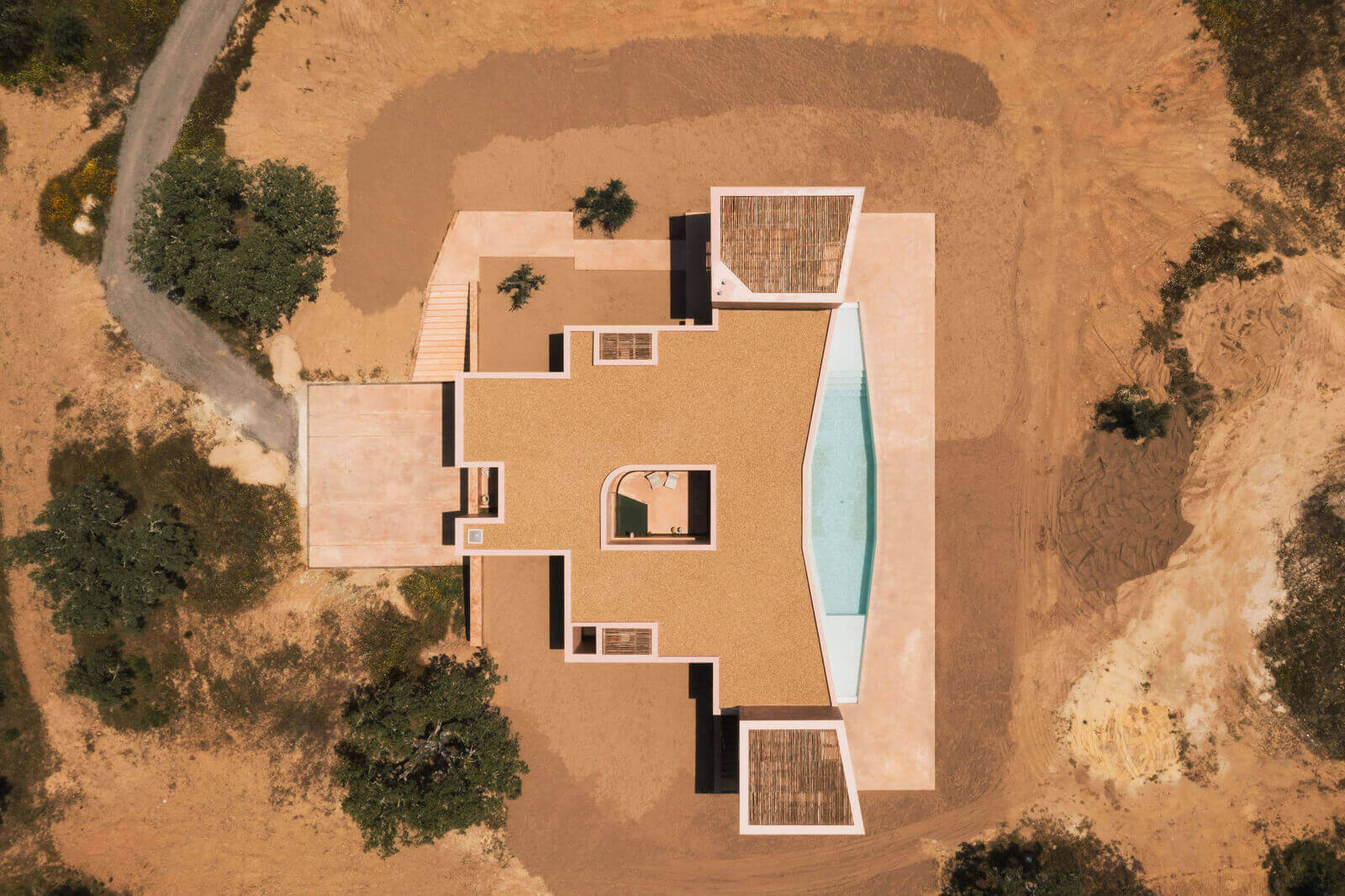 Architecture As A Living Painting

In the Alentejo region of Portugal sits Casa Azul, a house built alongside an elongated swimming pool, which runs along the south wall of the house with the most daylight.

Designed by Bak Gordon Arquitectos, the residence's geometric arrangement and wide openings were designed to bathe the residents in light as well as provide multiple places to admire the natural Portuguese landscape.

Within the home, a long room positioned alongside the pool contains an open-plan living and dining space. This is bookended by a pair of double-height blocks that frame the pool and contain open seating areas, which were described as fresco rooms by the studio.

The rest of the home is arranged around an enclosed internal courtyard that contains a small pool, with each of the three bedrooms containing an en suite bathroom.

"We like to think about how we relate to the landscape," added the studio. "This relationship should not be too open, especially in the Alentejo. On the contrary [we like], the idea of framing as if it were a living painting."

Other notable houses recently built in Portugal include a concrete house by Hugo Pereira and a brick house in Romarigães by Tiago Sousa.